Life with fibromyalgia is full of ups and downs and just getting up each morning requires a lot of strength. The good news is there are ways to change your lifestyle to manage fibromyalgia pain and other symptoms while living your life to the fullest. No need to look further – here are all the facts you need to know about living with fibromyalgia.

Fibromyalgia is thought to be a disease that makes the immune system chronically overactive. It is a common health problem that leads to long-lasting, widespread musculoskeletal pain accompanied by fatigue, sleep, memory, and mood issues, with no apparent cause.

How common is fibromyalgia?

Fibromyalgia might be the most common disease you’ve never heard of – this illness affects more than 10 million people in the United States and more than 500,000 Canadians. The numbers are probably even higher since it is assumed that many people are living with fibromyalgia, although undiagnosed. Fybromyalgia affects all age groups but is more common in women – 80 -90% of people with fibromyalgia are women, although men can also suffer from it.

It’s uncertain what causes fibromyalgia or why so few men suffer from it. There are genes that make people more susceptible to pain, some related to gender – women are more susceptible to pain because estrogen reduces the pain threshold, so it might increase their chance of getting diagnosed. Also, in general, men tend to be more stoic about their pain, which may delay or prevent a diagnosis of fibromyalgia.

Researchers believe that repeated nerve stimulation causes the brain and spinal cord of people living with fibromyalgia to change, causing an abnormal increase in levels of certain chemicals that signal pain. Many factors can likely lead to these changes, including genetics, infections, and other illnesses. A proinflammatory cytokine, IL-6, is also believed to be involved in the overactivity of the immune system, as well as the increase in free radicals. In some cases, fibromyalgia symptoms begin shortly after a person has experienced an emotionally or physically traumatic event.

What are the symptoms of fibromyalgia? 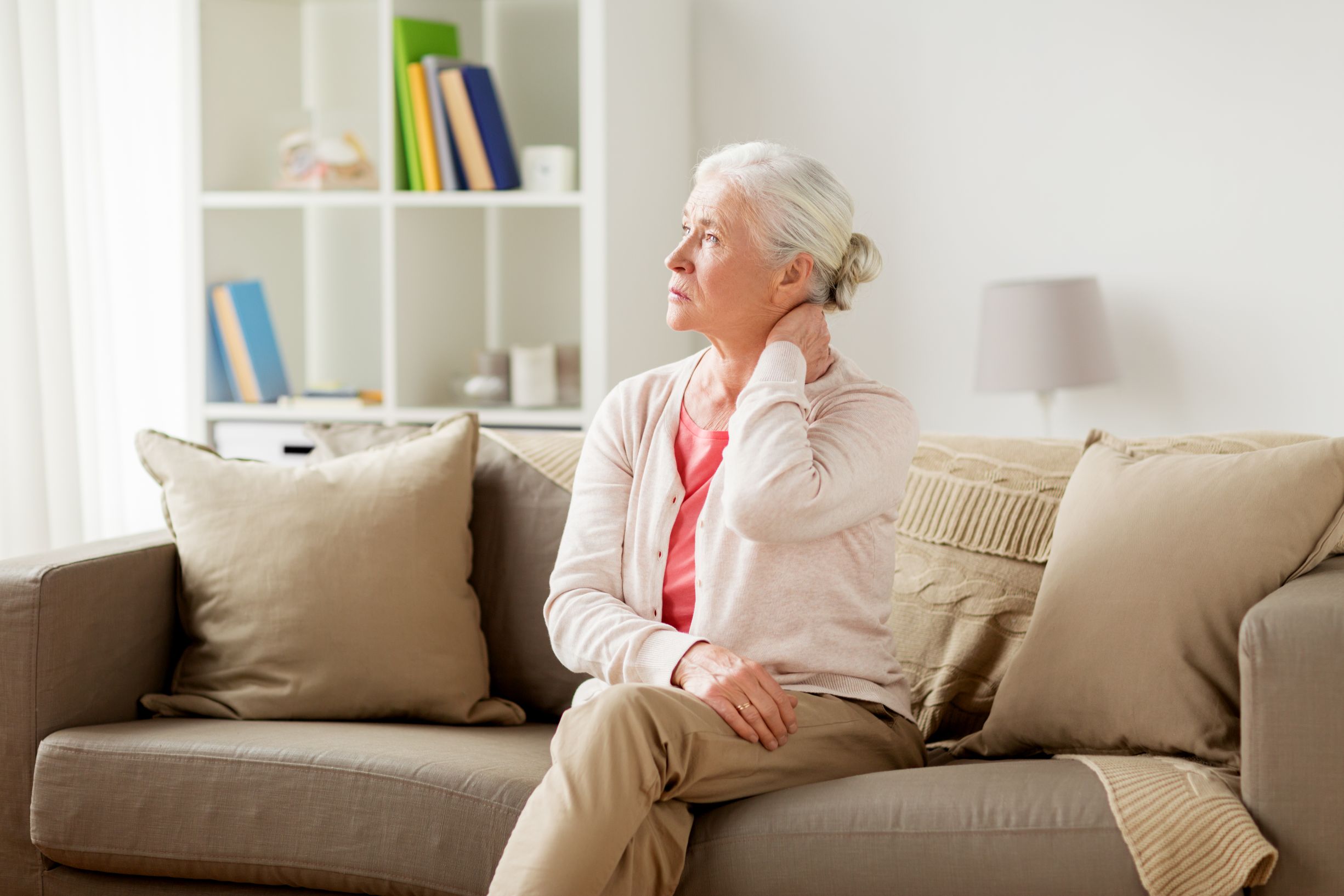 Not everyone with fibromyalgia has the same symptoms or is affected the same way. There may also be periods of time when fibromyalgia symptoms get better or worse, depending on factors such as stress and activity level, changes in weather, etc.

The primary and most common fibromyalgia symptoms include:

Other symptoms of fibromyalgia

What are the first signs of fibromyalgia?

If you are living with fibromyalgia, one of the first symptoms is likely to be widespread pain. It may be felt throughout your entire body but could be worse in particular areas, such as your back or neck. The fibromyalgia pain is likely to be continuous, although it may vary at different times. The pain could feel like an ache, a burning sensation, or a sharp, stabbing pain and continue for much longer than it normally would.

Fibromyalgia pain points or “tender points” are located in clusters on both sides of the body, both above and below the waist. For a point to be considered tender, the spot should produce localized pain when pressed on. Painful knots in your muscles are also often pain points. Unlike tender points, which produce only localized pain, trigger pain points produce both localized and referred pain.

How is fibromyalgia diagnosed?

Fibromyalgia isn’t an easy condition to diagnose. In the past, doctors would do it by exerting pressure on the 18 tender spots. It is now diagnosed through a series of tests that rule out other causes of fibromyalgia symptoms. A doctor will usually diagnose fibromyalgia by:

Pain and other fibromyalgia symptoms need to last at least 3 months and at the same level before your doctor will make a diagnosis of fibromyalgia.

How is fibromyalgia treated?

Thankfully, there are many treatments and therapies available to people living with fibromyalgia that can help ease some of the fibromyalgia symptoms and improve their quality of life. Your GP will play an important role in your fibromyalgia treatment and care. In some cases, several different healthcare professionals may also be involved, such as rheumatologists, neurologists, and psychologists.

What are the best treatments for fibromyalgia?

Fibromyalgia can be effectively managed with professional, as well as self-management strategies. Some of the best treatments for fibromyalgia are listed below.

Most common fibromyalgia therapy treatments that reduce fibromyalgia pain and other symptoms include medication, such as painkillers, muscle relaxants, and anticonvulsants.

Regular exercise and activity can help reduce fibromyalgia pain. Walking, swimming and water aerobics are good choices for fibromyalgia treatment and a physical therapist can help you develop a home exercise program.

Having a balanced diet and a healthy weight is important for overall health. People living with fibromyalgia should focus on nutrient-rich foods to have more energy and avoid caffeine, which can worsen the pain. They also tend to have low levels of vitamin D.

One of the main causes of fibromyalgia is IL-6  and an increase in free radicals. Plant sterols have been shown to decrease IL-6 by approximately 25%. Celt Naturals Immuno-Care® contains natural plant sterols and an important antioxidant in the form of grape seed extract, which is capable of reducing free radicals that contribute to the development of muscle pain and fatigue disorders in people living with fibromyalgia. Read full review about Immuno Care product here.

Living with constant pain can affect your mental health, as well. If you have fibromyalgia, consider seeing a psychologist that can help you manage pain with deep breathing and relaxation exercises, as well as help you cope with your pain and mixed feelings, which will make it easier to get through the bad days and adding to the quality of life, when living with fibromyalgia.

Jack was born and educated in Ireland and U.K. He has a varied education, mostly in engineering projects. Since then he has worked with a number of major companies with interests in various parts of the world. His personal interests include athletics, cross country skiing and especially long distance running. Jack has competed in many running events and some at an international level, including many marathons. He has always had a keen interest in maintaining a healthy lifestyle. More recently he has specialized in the areas of health and supplements, with a special focus on the immune system.