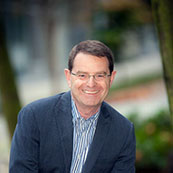 Alan Ogden is a Business Partner at Vísi, his most recent venture being with Glutathione Authority.  He is a Retired Pharmacist and Natural Health Specialist who studied at Alive Academy of Natural Health, Pharmakologe (University of Denver), and the University of Alberta.  Alan lives in Vancouver, British Columbia. 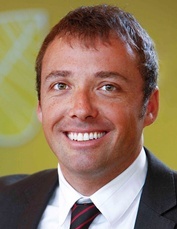 Dr. Ludo Brunel is a Naturopathic Physician, trained at the Canadian College of Naturopathic Medicine in Toronto, Canada’s premier institute for education and research in naturopathic medicine. Prior to his training, Dr. Brunel studied Human Nutrition at McGill University in Montreal. Since 2004, he has been actively involved in the dietary supplement industry, formulating products and educating the public.  In 2010, Dr Brunel worked with the one of the largest wellness programs in North America. He is also co-owner of Naturmend, a naturopathic clinic, vitamin and supplement store, and a nutrition and health centre based out of Calgary, Canada.

Dr. Marita Schauch is also a graduate of the Canadian College of Naturopathic Medicine in Toronto.  Before pursuing a career in naturopathic medicine, Dr. Schauch obtained her Bachelor of Science, with Distinction, from the University of Victoria, with a Major in Biology.

Through her passion for education, Dr. Schauch leads by example in hopes of empowering others to choose positive lifestyle choices for living optimally. She actively lectures across the country on various topics pertaining to health and disease prevention, with a special interest in women’s health.  Dr. Schauch has participated in television and radio interviews, written many articles featured in numerous print media, and has a clinical practice in the town of Sidney on Vancouver Island, British Columbia.  For more information, visit www.doctormarita.com. 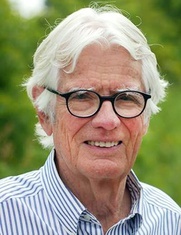 Dr. Ken Walker (who writes under the pen name Dr. W. Gifford-Jones, MD), is a graduate of The University of Toronto and Harvard Medical School.  He took post-graduate training in Surgery at Strong Memorial Hospital in Rochester, New York, McGill University in Montreal, and Harvard.

During his medical training, Dr. Walker was a family physician, hotel physician, and ship’s surgeon.  He is a Fellow of The Royal College of Surgeons of Canada (FRCSC) and author of seven books.  His medical column is published in 70 Canadian newspapers, several United States newspapers, and the Epoch Times, which has editions in a number of European countries. Dr. Walker was also Senior Editor of the Canadian Doctor, as well as a regular contributor to Fifty Plus magazine and other publications.

Dr. Walker was awarded a Certificate of Merit by The Mitchener Foundation for his efforts to legalize heroin to ease the suffering of terminal cancer patients. His Gifford-Jones Foundation donated $500,000 to establish The Gifford-Jones Professorship in Pain Control and Palliative Care at The University of Toronto Medical School.  Throughout his career, Dr. Walker also travelled extensively to interview a number of internationally renowned scientists and researchers.

In 1998, at the age of 74, Dr. Ken Walker suffered a severe heart attack, and his cardiologist recommended cholesterol-lowering drugs (CLDs). Against his doctor’s advice, he started on a regimen of Vitamin C and Lysine, basing his decision on the research of Dr. Linus Pauling, Dr. and Professor William Stehbens and Dr. Sydney Bush.  Now in his mid-nineties, Dr. Walker is glad he did not take CLDs, given their health risks, and attributes his health to the decision to instead take Vitamin C and Lysine. He went on to develop the nutritional supplement Medi-C Plus, by W.Gifford-Jones, MD, using researched and supported levels of ingredients.  Dr. Ken Walker currently writes and travels across Canada, informing others of this natural alternative for heart health. 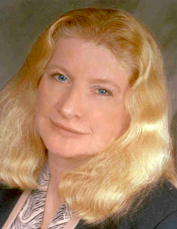 Eleanor Barrager, DCCN, FAAIM, brought more than 35 years of clinical and teaching experience to her position as Director of the Genesis Center for Integrative Medicine in Washington.  She has worked as a Research Dietitian and Medical Scientist at Melbourne University in Australia, as a Dietitian in private practice, specializing in treating chronically unwell patients, as a College Lecturer in the biological sciences, and as a Research Clinician at HealthComm International, Inc.

Eleanor was also a successful Sports Nutrition Consultant to many elite athletes, including Olympic participants.  She has published and contributed to various articles in the lay press, several original research papers in peer-reviewed medical journals, as well as the children’s book, Fun with Food. 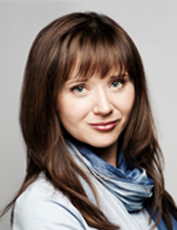 Julie Daniluk hosted Healthy Gourmet, a reality television cooking show series that highlighted the ongoing battle between taste and nutrition by using unique groups of people, such as bikers, dragon boat racers, and ballroom dancers, to challenge their taste buds with nutritious foods.  Julie is excited that her show was chosen to be part of OWN (the Oprah Winfrey Network). Similar to Oprah’s book club, programs on OWN explore stories of strength and transformation. Television viewers also recognize Julie from her “busted” segments on The Right Fit (W Network) and The Marilyn Dennis Show (CTV), where she acted as an “encyclopedia of nutrition”, examining the foods people require to stay healthy.  Julie’s fun and engaging style came in handy when she created weekly recipes packed with health tips for Chatelaine.

After four years of rigorous theatre arts training, Julie Daniluk found herself reading more on nutrition than Shakespeare. With an insatiable appetite for figuring out how and why food affects us so profoundly, she returned to school, graduating from the Canadian School of Natural Nutrition as a Nutritionist, and went on to becoming a co-operative owner of one of Canada’s largest health food stores, The Big Carrot Natural Food Market.  Julie was also Health Editor for Viva Magazine, a popular natural health publication with a coast-to-coast circulation of over 120,000  As the W Network’s official online nutritionist for a number of years, Julie answered diet and nutrition questions from viewers across Canada.

Julie’s food activism led her to speak to Parliament about the potential health risks of genetically modified food. In order to bring food advocacy issues to a wider audience, she has been the event producer for festivals such as Bio-Diversity, with David Suzuki, and FoodShare’s Field to Table Festival.  Julie’s search for nutritional understanding has taken her around the world. Her greatest joy to date has been cooking on the tall Greenpeace sailing ship, the Rainbow Warrior, during its GE (genetically engineered)-free New Zealand tour.

After many years of working at the front line of the nutrition field, Julie Daniluk’s clients continued to ask for a menu-planning cookbook. Her first book, Meals That Heal Inflammation: Embrace Healthy Living and Eliminate Pain, One Meal at a Time (Random House Canada), helps people enjoy allergy-free foods that not only taste great, but assist the body in the healing process.