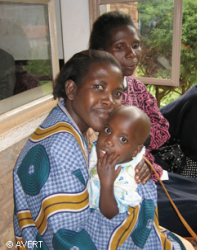 The Shanti Uganda Society improves the physical, emotional and spiritual well-being of communities impacted by war, poverty and HIV/AIDS in Uganda.

There are currently an estimated 940,000 people living with HIV in Uganda, and a further 1.2 million children who have been orphaned by AIDS. In Uganda, as elsewhere in sub-Saharan Africa, AIDS has caused immense human suffering over the past two decades – setting back development and reducing life expectancy.

The tragedy of HIV/Aids in Uganda, especially among mothers and their children is heart wrenching. When we first heard about the Shanti Uganda Project and were asked to help, we didn’t hesitate as we thought this is a worthwhile thing to get involved with and that Celt ImmunoCare® could help support the immune system of the women and children of Uganda. 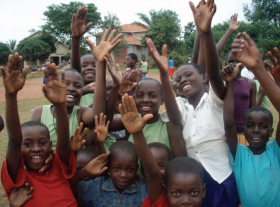 Previously healthy young women were showing up with rare illnesses including Kaposi’s sarcoma (a kind of tumour) and PCP (a type of pneumonia), which until the 1980s had been virtually unheard of among such people.

Celt Immuno-Care has worked the society since September 2009, in support of 38 mothers and 110 children, all under the care of the Shanti project. This is a small number in the overall scheme of things, but it is with great interest that we watch the change in the health of these people. Over 1.5 million children have been orphaned since the epidemic began – losing their mother or both parents to AIDS. Today there is hope that the tide can be turned at last and we want to be part of that change.

“WITH YOUR HELP WE CAN MAKE A DIFFERENCE”