What does a stubbed toe have to do with your risk of suffering a heart attack? More than you might think. No matter the condition, inflammation seems to be one of the main culprits that starts a series of health issues. The state of chronic inflammation is deceptive and conceals its destructive power and thus has been coined “the silent killer”. Luckily, the two inflammation markers, IL-6 and C-Reactive Protein are both shown to be successfully reduced by the powerful ingredients of Immuno-Care® – one of the many benefits of this all-natural immune system-regulating supplement. 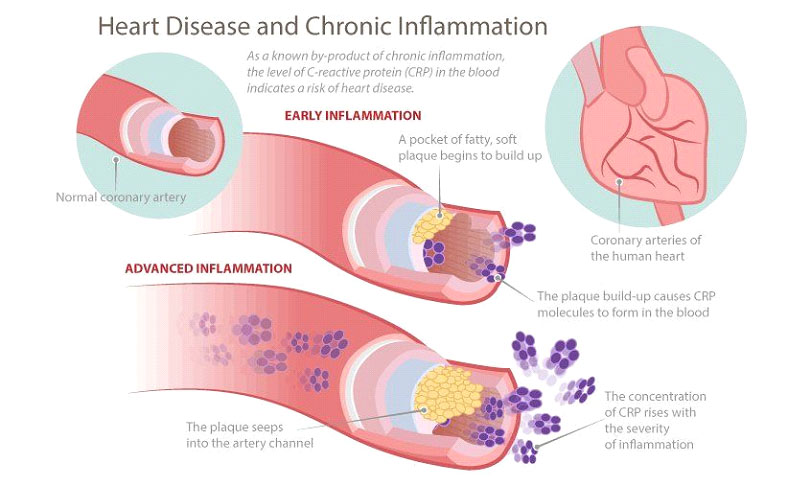 What Is Chronic inflammation?

Inflammation is part of the body’s natural defense mechanism – the process of fighting against things that harm it, like infections, injuries and toxins, in an attempt to heal itself by releasing chemicals that trigger a response from your immune system. In the case of acute inflammation — like getting a cut or dealing with a cold, the whole process usually lasts for a few hours or days. Chronic inflammation happens when this response lingers, leaving your body in a constant state of alert. Over time, chronic inflammation may have a negative impact on your health and could also play a role in a range of conditions, including heart disease.

Several things can cause chronic inflammation, including:

You probably already know that high cholesterol and blood pressure are major risk factors for heart disease. But, what about chronic inflammation? Recent research shows it plays a key role and that working to reduce it can prevent heart attacks and strokes, as it is a primary culprit in the progression of cardiovascular disease. Why? Due to chronic inflammation, blood clots (which are responsible for most heart attacks and strokes) can form.

Inflammation is a natural part of the body’s healing process. But, when it becomes chronic, it’s involved in hardening of the arteries, heart valve dysfunction, obesity, diabetes, rheumatoid arthritis, and other issues. So, it’s important to try to get it under control and reduce the risk of long-term damage. How? With Immuno-Care®!

How does Immuno-Care reduce chronic inflammation?

There are two markers that determine the level of risk. An increase of inflammation marker IL-6 means trouble, as there is a significant correlation between spiked levels of IL-6 and the health conditions listed above. In a clinical trial, Celt Naturals Immuno-Care® was shown to successfully reduce levels of IL-6[1]. The other marker that affects inflammation-caused disease is C-Reactive Protein (CRP) – a molecule produced by the liver that is released in the blood, in response to inflammation. This marker is now being used to determine the amount of inflammation in the body, especially the risk factors for cardiovascular disease. Plant sterols have been shown to reduce CRP.[2], [3], [4]. 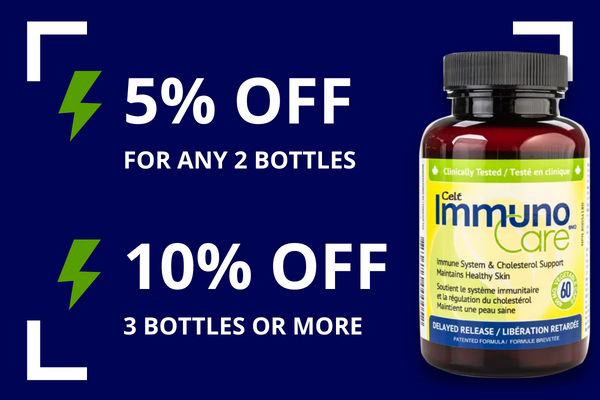